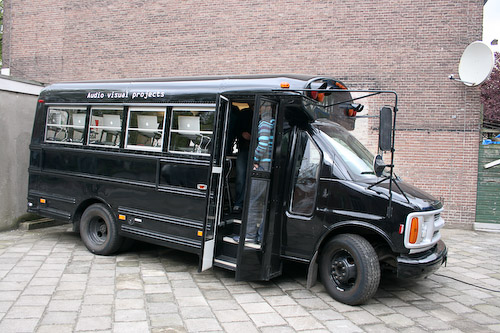 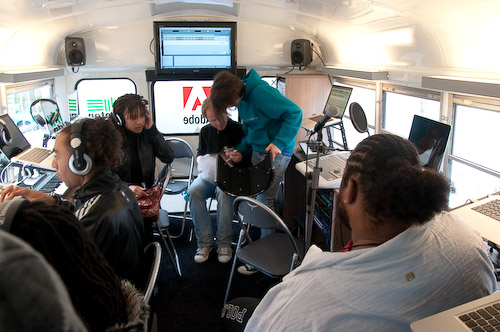 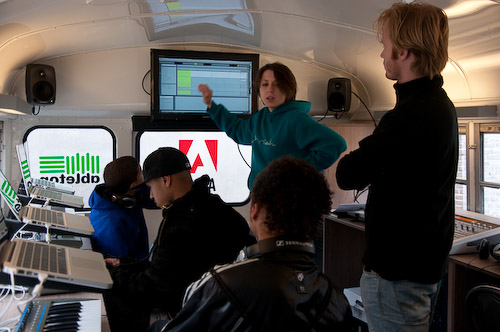 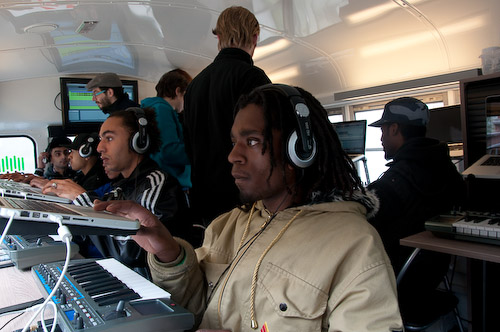 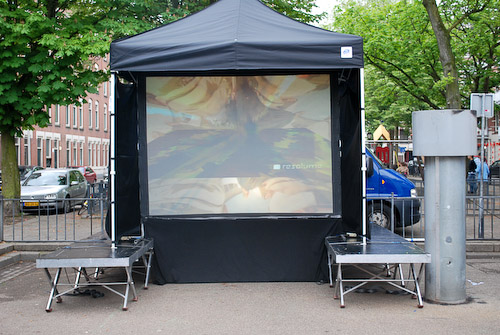 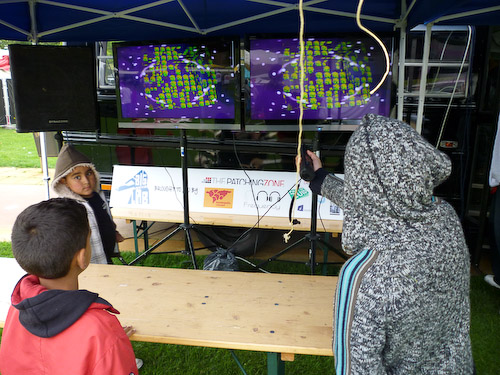 “The Big South Lab project was also initiated by Patchingzone. It used the contacts and partnerships that had already been made in the area during the Go For IT! project, and aimed to build a network that motivated and facilitated young people from Rotterdam Zuid to pursue a creative career. In order to realize this, together with various partners and young people from the area a -mobile- Digital Lab was created. Throughout the project many peer-to-peer workshops has been organized, where the exchange of skills and idea’s were crucial. These workshops allowed access to a variety of creative media and technologies to inspire and motivate the participants. My role as a designer within this project was both developing and executing various workshops that ranged from augmented reality, music production, film making, VJ applications, to wearable technologies..