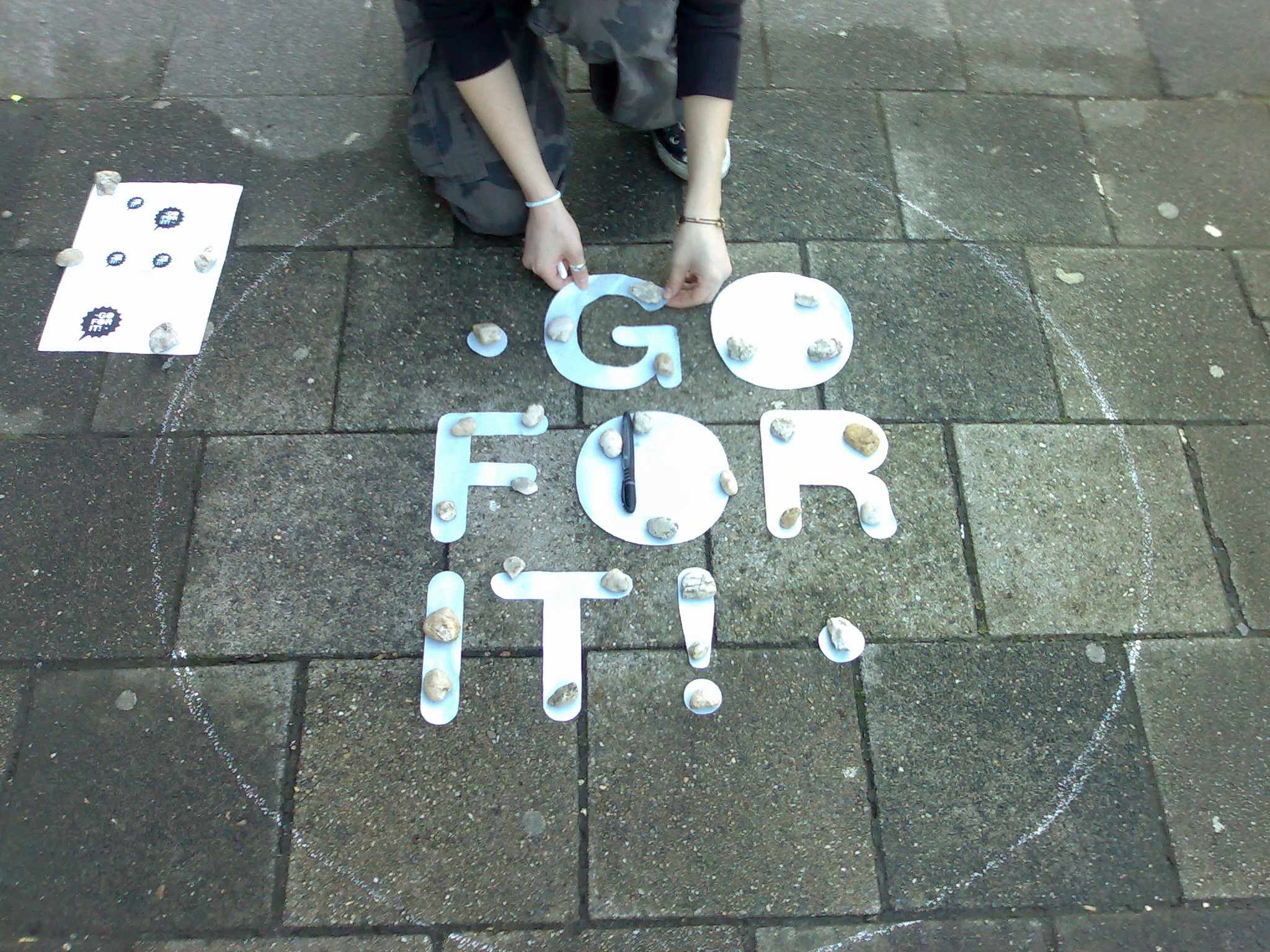 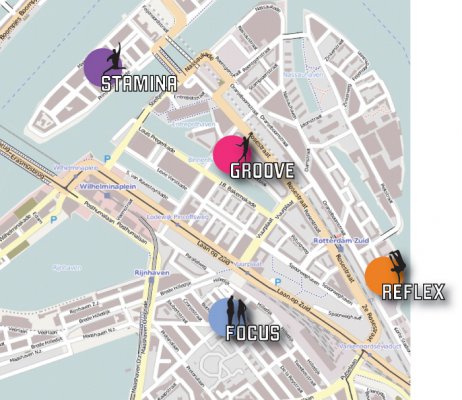 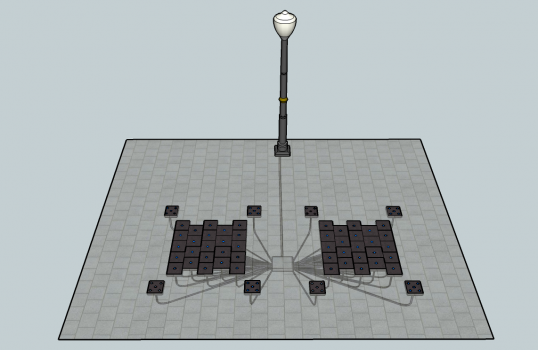 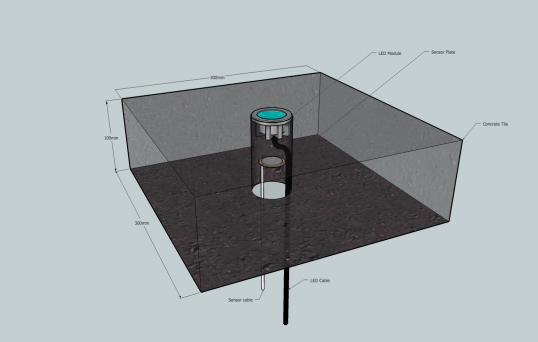 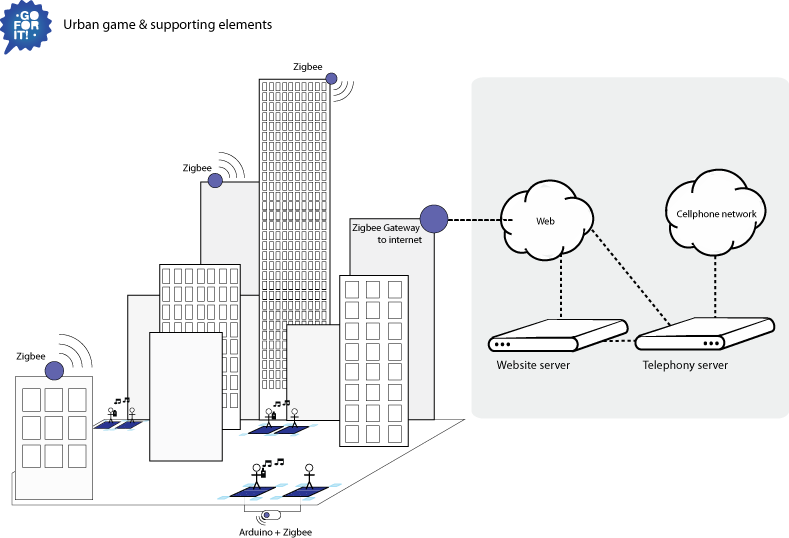 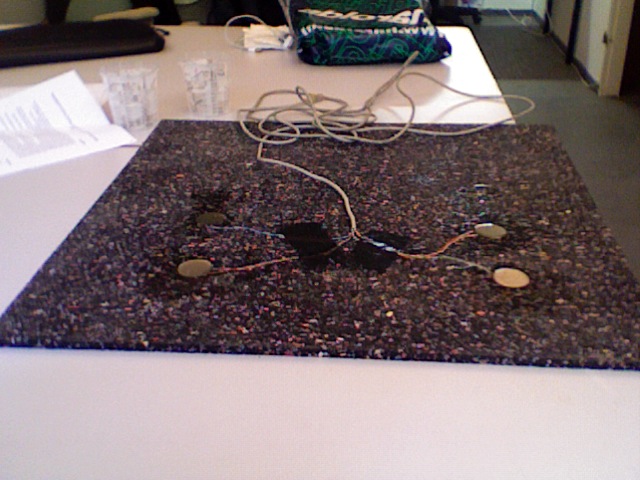 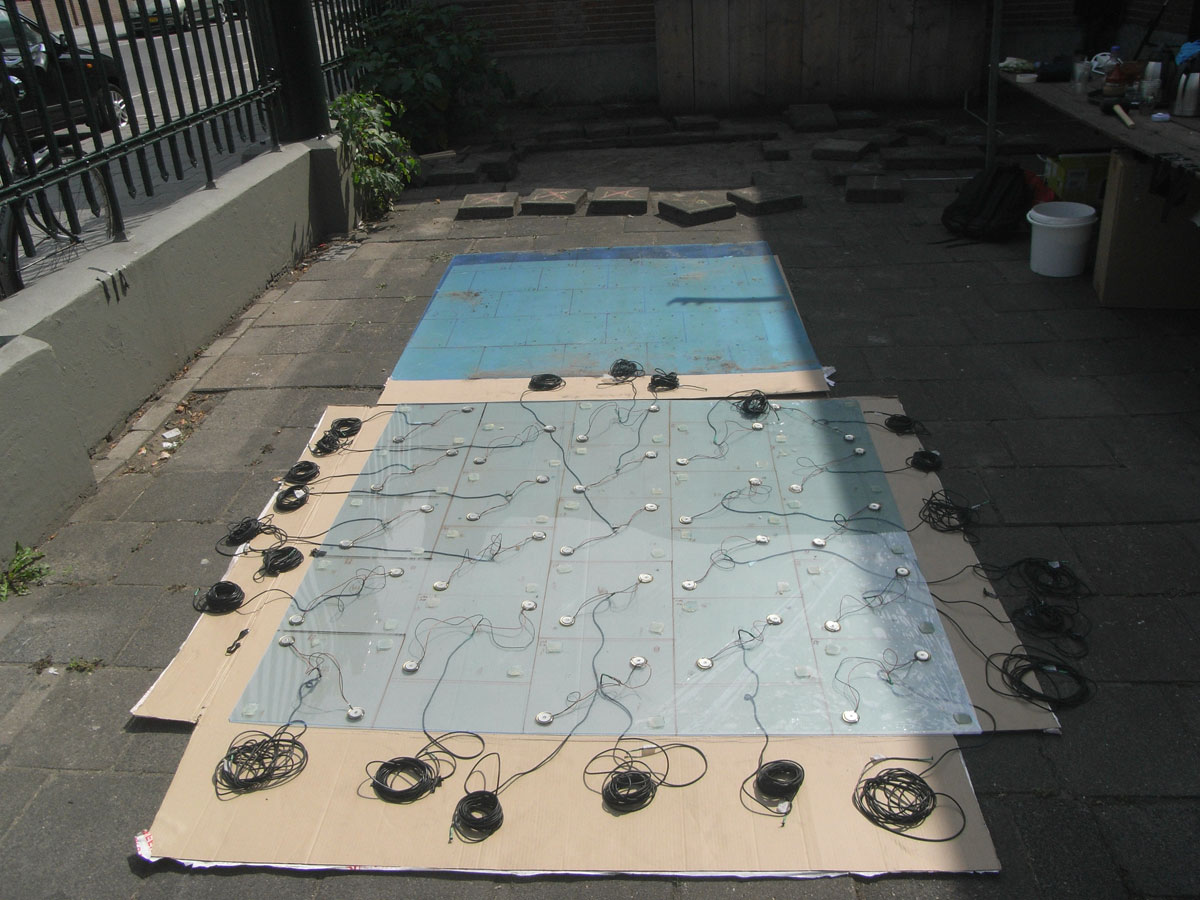 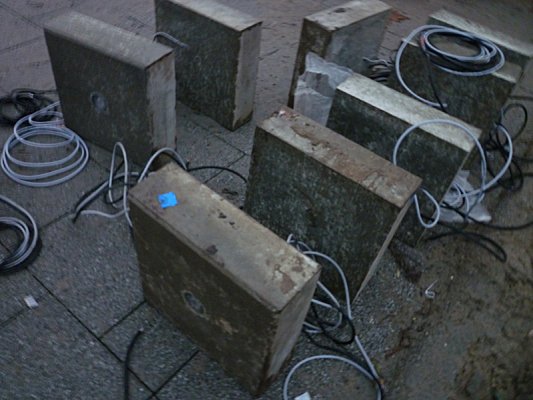 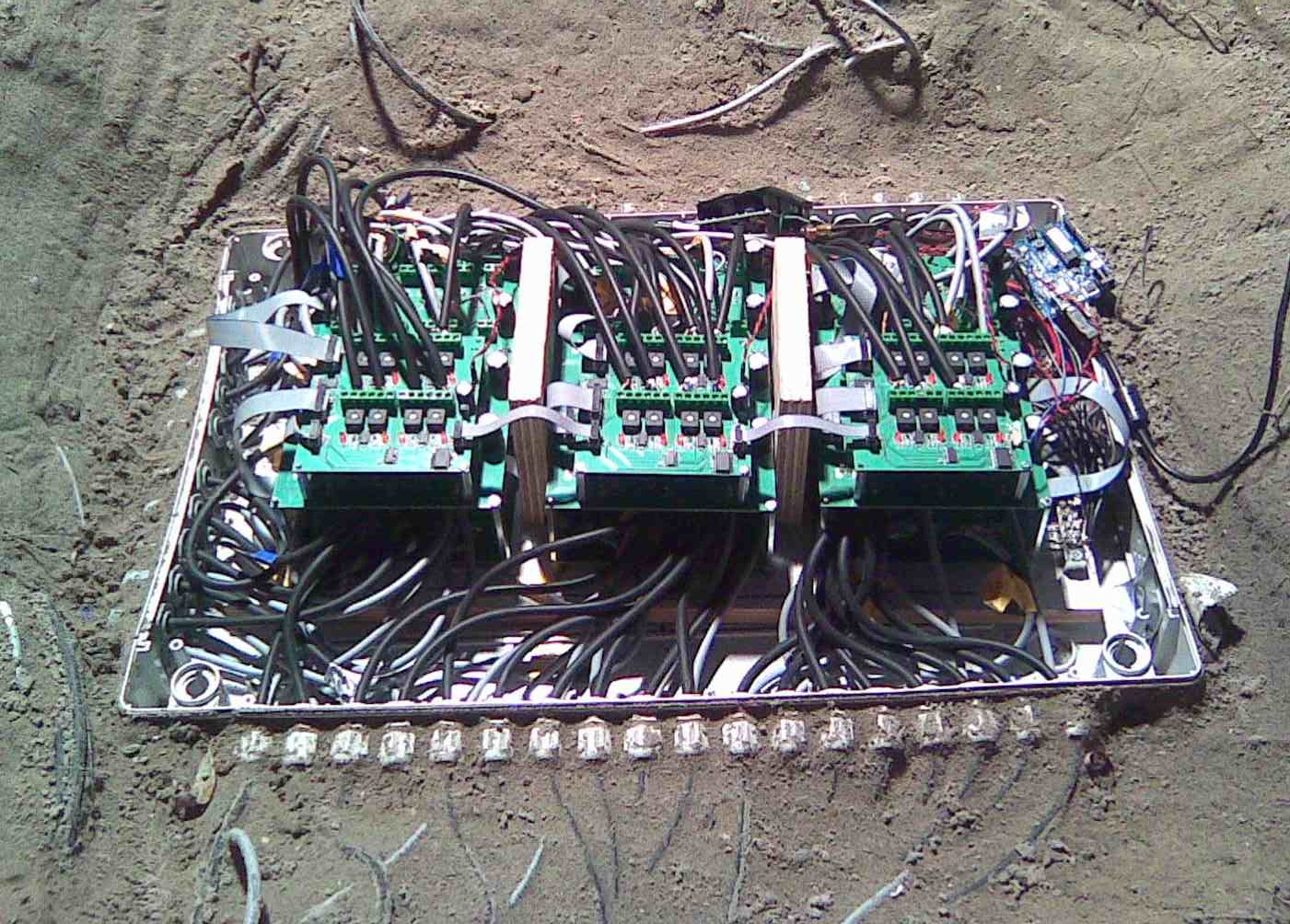 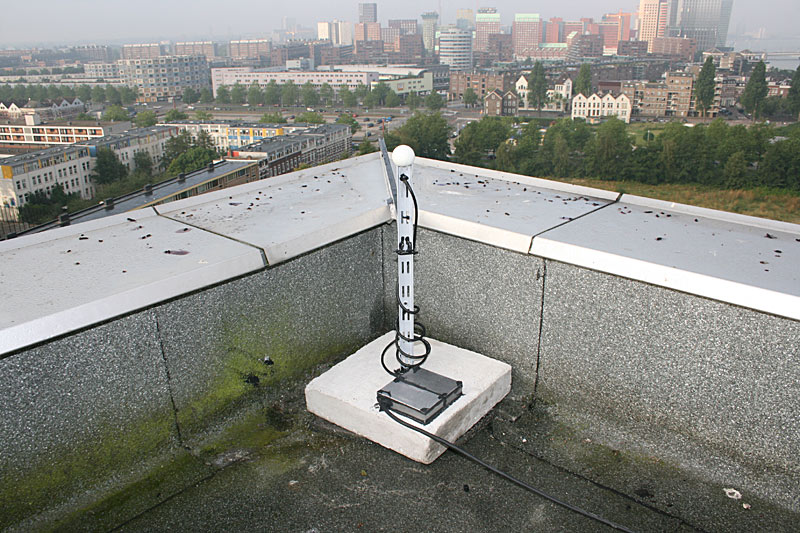 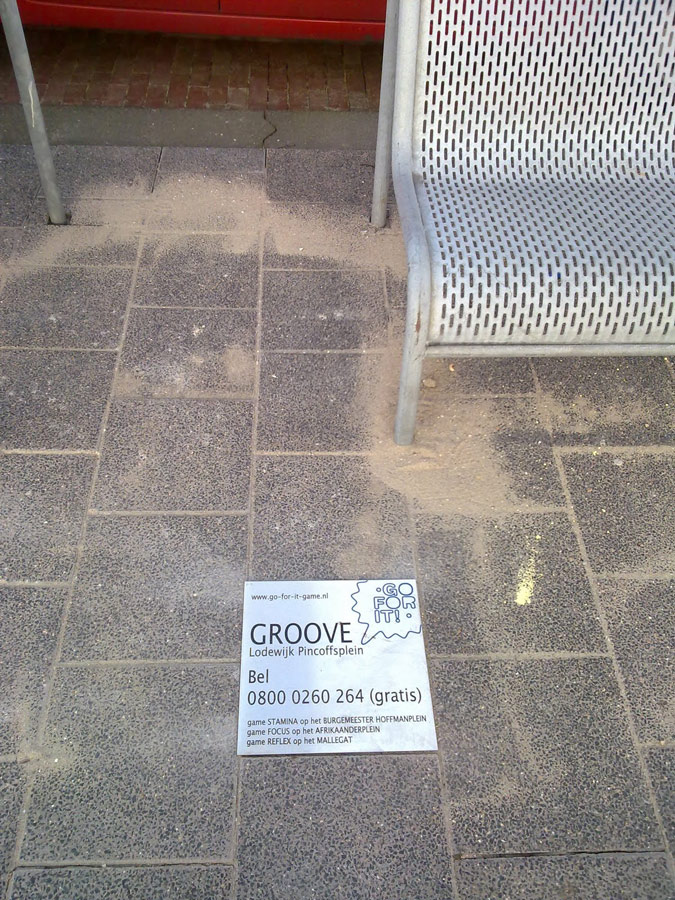 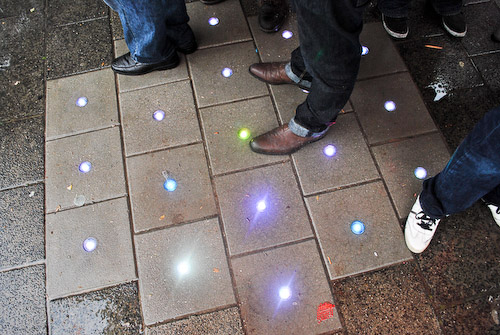 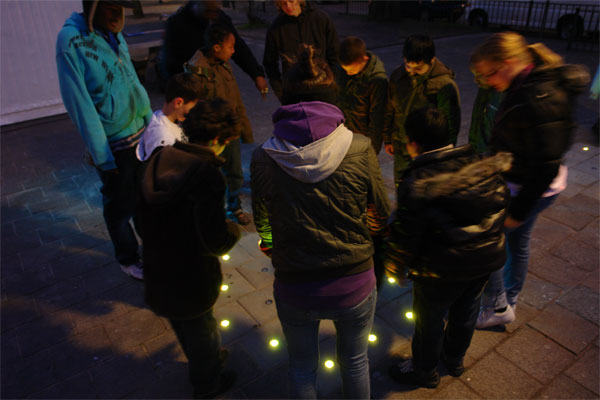 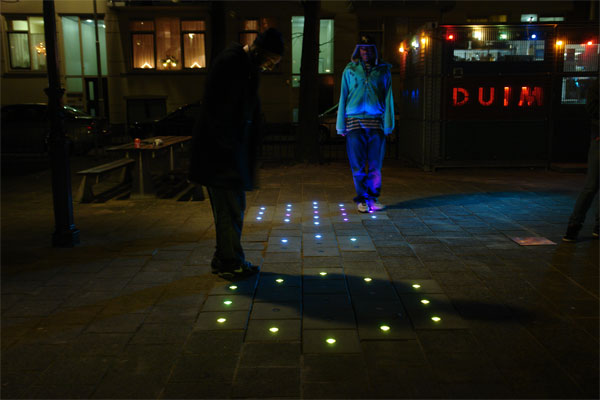 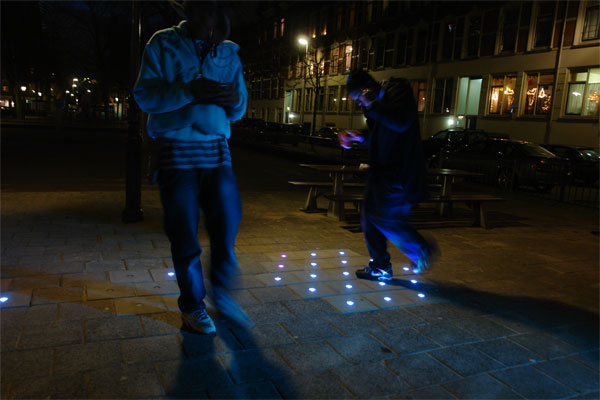 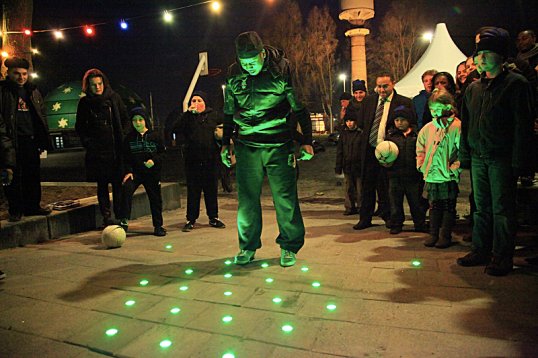 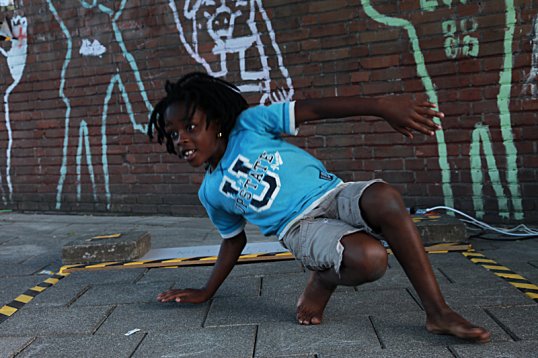 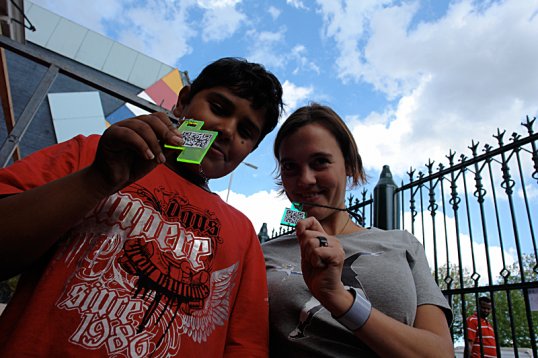 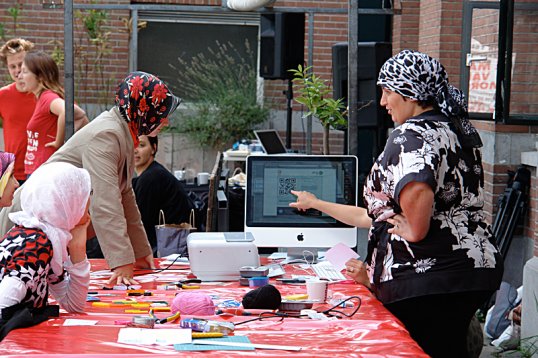 The Go-for-IT! project initiated by Patchingzone in 2009, brought together various artists from several countries in order to develop a citygame, with four locations in Rotterdam Zuid. The game consisted of a field made of street-tiles with LED-lights in it. The games were played by touching the tiles with your feet, similar to a dance-mat. On each field, four different games could be played based of four different ‘ability’ themes Reflex, Stamina, Focus and Groove. Aside from being responsible of any audio/music production, I have also taken a game designer role within this project, which required me to prototype ideas during the research phase and co-design the final games.